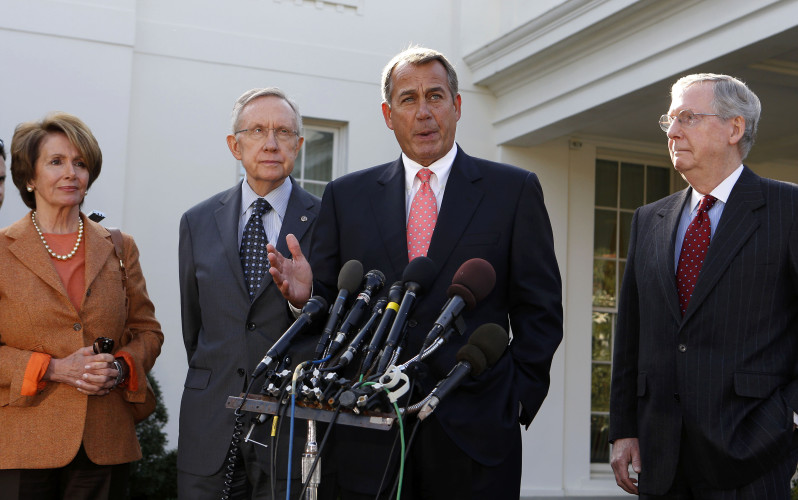 All drugs. Not just Marijuana.

Nearly three weeks after President Obama acknowledged, “racial disparities in the application of our criminal laws, everything from the death penalty to enforcement of our drug laws,” Attorney General Eric Holder announced that the Justice Department would no longer charge low-level drug offenders with offenses that impose severe mandatory sentences. Holder said he also favored the release of certain nonviolent elderly prisoners and that he supported local and state courts handing more drug-related issues. Other proposals suggested by the Attorney General — such as eliminating mandatory minimum sentences for some drug offenses — will require congressional action.

Holder’s remarks were unprecedented. In the 42 years since the inception of the war on drugs, no previous attorney general has even suggested that our drug policies might be wrong, let alone racist. The nation’s top law enforcement officer said that the war on drugs has amounted to “a kind of decimation of certain communities, particularly communities of color.”

He’s right. All of the evidence supports this conclusion. Examination of marijuana arrests, which account for more than half of all drug arrests, show that blacks are about four times more likely to be arrested for that drug than whites even though they use it at similar rates. Crack cocaine arrests, which carry mandatory minimum sentences, also disproportionately fall on blacks. More than 80 percent of those sentenced for crack cocaine offenses are black, despite the fact that the majority of users of the drug are white. Holder aptly noted that we have been “coldly efficient in our incarceration efforts,” especially when it comes to incarcerating black boys and men. And now, largely because drug laws have been disproportionately applied to black offenders, one in three black males born after 2000 will spend time in prison if we don’t radically shift course.

The question before me — a father of a son in this age group and a drug expert — is whether Holder’s proposals amount to the needed radical change? They do not. But, that wasn’t the goal. The attorney general understands that his authority to radically change drug policy is limited. His proposed reforms amount to us learning to crawl before walking when running is the goal.

The radical change in drug policy will need to come from Congress. One such option is drug decriminalization. Decriminalization is often confused with legalization. They are not the same thing. Here’s the major difference: Under legalization, the sale, acquisition, use, and possession of drugs are legal. Our current policies regulating alcohol and tobacco, for those of the legal age, are examples of drug legalization. Under decriminalization, on the other hand, the acquisition, use, and possession of drugs can be punished by a citation much like traffic violations are. Mind you, drugs still are not legal, but infractions do not lead to criminal convictions–the one thing that has prevented so many from obtaining employment, housing, governmental benefits, treatment, etc. This is crucial when you consider this fact: each year in the U.S. there are about 1.5 million drug arrests and more than 80 percent of these arrests involve only simple possession. Sales of all illicit drugs, however, remain criminal offenses under decriminalization laws.

Drug decriminalization isn’t a new concept. In fact, a handful of states, including California and Massachusetts, have decriminalized marijuana. Although the specifics vary from state to state, in general the laws read something like this: any person caught with less than an ounce of marijuana or smoking in public is punishable by a civil fine of one hundred dollars.

Back in 2001, Portugal took the unprecedented step of decriminalizing all illegal drugs. That’s right, cocaine, heroin, methamphetamine, 3,4-methylenedioxymethamphetamine (MDMA, aka ecstasy), everything. Here’s how it works there. Acquisition, possession, and use of recreational drugs for personal use — defined as quantities up to a ten-day supply — are no longer a criminal offenses. Users stopped by police and found to have drugs are given the equivalent of a traffic ticket, rather than being arrested and stigmatized with a criminal record. The ticket requires them to appear before a local panel called (in translation) the “Commission for Dissuasion of Drug Addiction,” typically consisting of a social worker, a medical professional like a psychologist or psychiatrist, and a lawyer. Note that a police officer is not included.

The panel is set up to address a potential health problem. The idea is to encourage users to honestly discuss their drug use with people who will serve as health experts and advisors, not adversaries. The person sits at a table with the panel. If he or she is not thought to have a drug problem, nothing further is usually required, except maybe payment of a fine. Treatment is recommended for those who are found to have drug problems — and referral for appropriate care is made. Still, treatment attendance is not mandatory. Repeat offenders, however — fewer than 10 percent of those seen every year — can receive noncriminal punishments like suspension of their driver’s license or being banned from a specific neighborhood known for drug sales.

How’s decriminalization been working out for the people of Portugal? Overall, they have increased spending on prevention and treatment, and decreased spending for criminal prosecution and imprisonment. The number of drug-induced deaths has dropped, as have overall rates of drug use, especially among young people (15-24 years old). In general, drug use rates in Portugal are similar, or slightly better, than other European Union countries.[i] In other words, Portugal’s experiment with decriminalization has been moderately successful. No, it didn’t stop all illegal drug use. That would have been an unrealistic expectation. Portuguese continue to get high, just like their contemporaries and all human societies before them. But they don’t seem to have the problem of stigmatizing, marginalizing, incarcerating, and isolating substantial proportions of their citizens for minor drug violations. Together, these are some of the reasons that I think decriminalization should be discussed as a viable option by lawmakers.

There was a time, back in the early 1900s, when we lynched black males for suspicion of being under the influence of drugs such as cocaine.[ii] We no longer employ these conspicuously egregious measures to deal with drug law violations. Today the damage is far less visible and starts more subtly. Racial discrimination in the enforcement of drug laws seems to serve as a tool to marginalize black men and keep them in the vicious cycle of incarceration and isolation from mainstream society. As we approach the 50th anniversary of the March on Washington and are in the midst of the 150th anniversary of the Proclamation Emancipation, two events that helped forge a more just society, it is my hope that Congress understands that our current drug laws are draconian and have no place in a just society.