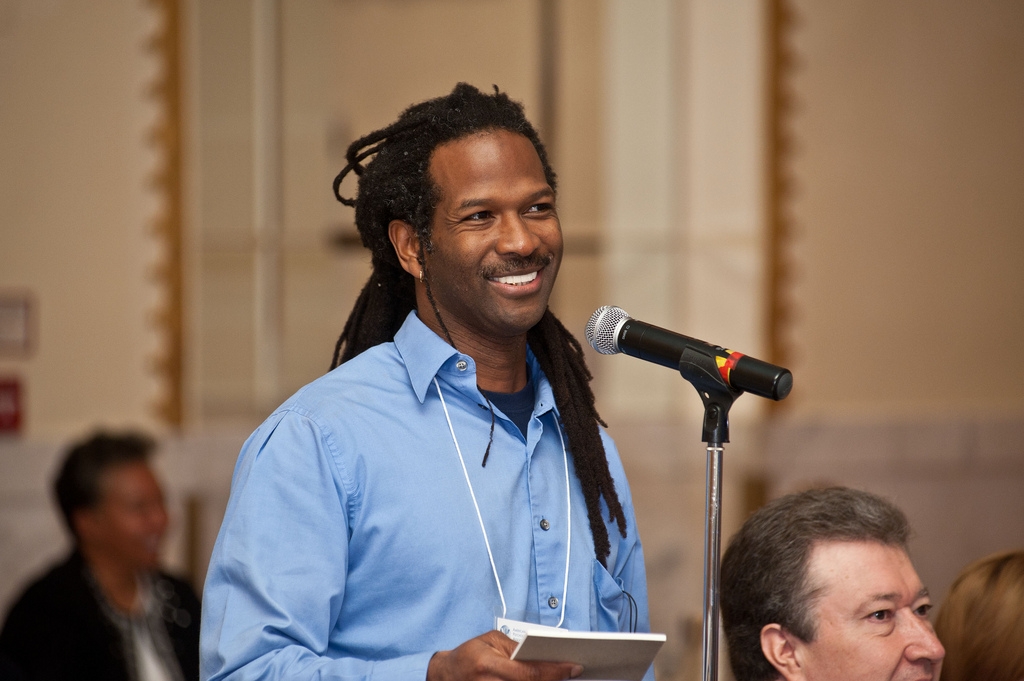 Is there a causal connection between hairstyles worn by black boys and their future success, and should we strongly encourage these boys to avoid wearing dreadlocks and braids?

“…a tremendous amount of advice given to black boys by proselytizers confuse cause and effect, such that it blames things like hairstyles or saggy pants for high unemployment rates and poverty, among other negative outcomes.”

“…a tremendous amount of advice given to black boys by proselytizers confuse cause and effect, such that it blames things like hairstyles or saggy pants for high unemployment rates and poverty, among other negative outcomes.”Dr. Carl Hart

Is there a causal connection between hairstyles worn by black boys and their future success, and should we strongly encourage these boys to avoid wearing dreadlocks and braids?

That’s what Steve Perry, Steve Harvey and the U.S. Army seem to be arguing. Recently, they teamed up to disseminate pearls for success to an audience of 200 young men of color.

As a dreadlocked neuroscientist, the first black tenured professor in the sciences, the first black chair of the Department of Psychology at Columbia University, and father of three black sons, I find this line of reasoning deplorably ignorant and deeply disturbing.Dr. Carl Hart

Indeed, a tremendous amount of advice given to black boys by proselytizers confuse cause and effect, such that it blames things like hairstyles or saggy pants for high unemployment rates and poverty, among other negative outcomes.

In other words, this faulty logic suggests that these boys aren’t hired for jobs because they have dreadlocks, or that they are shot and killed because they were wearing a hoodie.

For example, there is a strong correlation between the number of nursing home admissions and the number of deaths. Some might conclude that nursing homes are killing people. This would, of course, be inaccurate. It simply means that people in the late stage of life are the ones admitted to nursing homes, where many have come to live before dying.

One of the most fundamental lessons of science is that a correlation or link between factors does not necessarily mean that one factor is the cause of another.

It is unfortunate and sad that Perry, the so-called most trusted educator in America, doesn’t seem to understand the difference between correlation and causation, but it is far more pernicious when this type of ignorance leads to policies that regulate the behavior of young black people.Dr. Carl Hart

In his book, The Price of the Ticket, Fredrick Harris detailed the pervasiveness of this phenomenon (also known as respectability politics) at HBCUs. For instance, Hampton University’s business school instituted a policy that prohibits male students from wearing “dreadlocks, braids, and other unusual hairstyles.” Presumably, non-dreadlocked students are viewed as “respectable.”

Of course, this is not necessarily the case. For argument’s sake, though, suppose they were seen as more proper. But they certainly aren’t any smarter or any more prepared to compete in the workplace or for graduate school admission simply because of a haircut.

Look, you don’t have to be a brain scientist to know that one’s choice of hairstyle has nothing to do with his or her capability to compete academically or in the marketplace. Ultimately, it’s about putting in the work to obtain the necessary skill set.

When I was studying for my Ph.D., I decided to grow dreads after a lengthy conversation with a machine technician at a DC Metro station. I had complimented him on his dreads, thinking that he was a Rastafarian. For years, I had considered growing locks myself, but was reluctant because I believed that it was disrespectful if you weren’t a part of that religion.

I also did not want to be seen as faddish or simply following the crowd: that’s not me.

But this brotha said that for him, wearing dreads was a way of paying homage and respect, even though he wasn’t religious.  That resonated with me because listening to the music of Bob Marley—undoubtedly the most iconic dreadlock—first prompted me to really examine this society.

Lines like “stolen from Africa,” in Marley’s “Buffalo Soldier,” and
“brainwash education to make us the fools,” in his “Crazy Baldheads,” got me thinking about the heinous crime at the root of America’s relationship with its black people.

My hair reminds me that I could be myself and a conscious spirit, no matter what other people might think a scientist should look like.Dr. Carl Hart

And I decided right then to grow dreads.

It connects me both to my heritage and my children. It marks when I began the process of learning how to think. And 21 years later with sprinkles of gray, it still feels right.

Peddlers of respectability politics should place more emphasis on teaching how to think, rather than on how to wear your hair, as this is irrelevant when it comes to acquiring any skills, especially academic and intellectual.

Respectability politics have no place in education—which means those who only have it to offer, don’t either.

Originally posted in The Root