Menu
How to legalize marijuana: To combat racial discrimination, New York must do this right 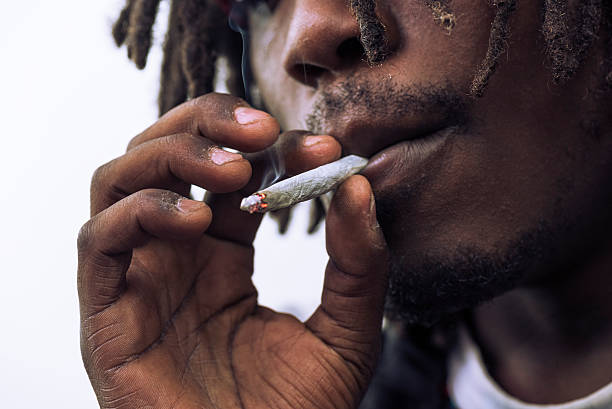 But more than 80 years later, Black and Brown New Yorkers represent more than 90% of those arrested for low-level marijuana charges, even though they do not use the drug more than their white counterpart. This disproportionate rate of arrests is the definition of racial discrimination.

It’s not a question of if New York will legalize marijuana but when, and what the legislation will look like. Nationwide support for cannabis legalization is at an all-time high, with 68% of Americans endorsing such measures. Correspondingly, 15 states — and Washington, D.C. — but not New York, have okayed weed for adult use.

That legal marijuana has yet to become a New York reality doesn’t mean lawmakers haven’t tried. They have, and failed, twice. How tax revenue will be allocated was a key sticking point that derailed previous legalization efforts. Gov. Cuomo proposed the creation of a new state agency that would decide how the money would be spent, whereas several legislators, including Manhattan’s Sen. Liz Krueger, wanted a proportion of the revenue designated for communities most negatively affected by the multi-decade war on drugs.

I am reminded why this is even an issue every time I fly in or out of LaGuardia Airport and am forced to think about why marijuana was banned in the first place.

During the 1930s, media reports concocted a connection between marijuana use by Black people and violent crimes. Some authorities even claimed that the use of the drug caused matricide. These fictitious claims were used to justify racism and to facilitate the passage of the federal Marijuana Tax Act in 1937, which essentially banned the drug. During Congressional hearings concerning the regulation of marijuana, Harry J. Anslinger, commissioner of the Federal Bureau of Narcotics, declared, “Marijuana is the most violence-causing drug in the history of mankind.”

Around the same time, Mayor Fiorello LaGuardia commissioned a comprehensive study of marijuana’s use and effects. Findings from the LaGuardia report were published in 1944. They contradicted the rhetoric that had led to the ban on marijuana. In short, the evidence revealed that individuals “who have been smoking marijuana for a period of years showed no mental or physical deterioration which may be attributed to the drug,” and that concerns about catastrophic effects of smoking marijuana were unfounded.

But more than 80 years later, the anguish caused by New York’s ban on marijuana continues to reverberate. Here’s just one example among many. Black and Brown New Yorkers represent more than 90% of those arrested for low-level marijuana charges, even though they do not use the drug more than their white counterparts. This disproportionate rate of arrests is the definition of racial discrimination.

With this as a backdrop, the imperative to legalize marijuana and redress the suffering inflicted by marijuana prohibition ought to take on a sharper focus. Nonetheless, New York lawmakers need not reinvent the wheel as they attempt to right the wrongs of the drug war. States that have successfully implemented legal marijuana legislation while addressing past racist drug law enforcement practices should serve as guides.

Under the Illinois statute, for example, 25% of marijuana sales tax revenue is set aside to fund development in communities that were overpoliced and subjected to unfair treatment by the police. In addition, people convicted for marijuana possession prior to legalization may now seek an expungement, while those who were disproportionately harmed by the war on drugs receive preferential consideration for marijuana vendor licenses. These or similar elements must be included in the New York marijuana law.

The new legislation should also earmark funds to monitor and deal with discriminatory marijuana law enforcement. Although the overall number of marijuana arrests is expected to drop substantially, racial discrimination associated with such arrests will likely persist if additional action isn’t taken.

For example, even though Colorado legalized weed at the start of 2014, Black Coloradans are still nearly twice as likely to be arrested for marijuana violations than their white counterparts. The point is that changing marijuana laws is helpful — because it decreases interactions between Black people and police — but is alone insufficient for correcting racialized law enforcement practices. Thus, provisions in the New York law should require law enforcement agencies to make all marijuana arrest data available publicly. If racial discrimination is detected, then immediate consequences should follow. Examples of consequences can include, but not limited to: judicial oversight, a decrease in that agency’s budget, and disciplinary action for officers who conduct discriminatory arrest practices.

There was a time when we ignored the damage done under the pretense of ridding certain communities of drugs like marijuana. This allowed racist drug law enforcement to flourish, causing incalculable harms and an enormous amount of suffering. Decades later, marijuana legalization presents us with an opportunity to begin to reconcile our inglorious past practices with the nation’s founding promise of “Life, Liberty and the pursuit of Happiness.”

Hart is a professor of psychology and psychiatry at Columbia University and the author of “Drug Use for Grown-ups: Chasing Liberty in the Land of Fear.”