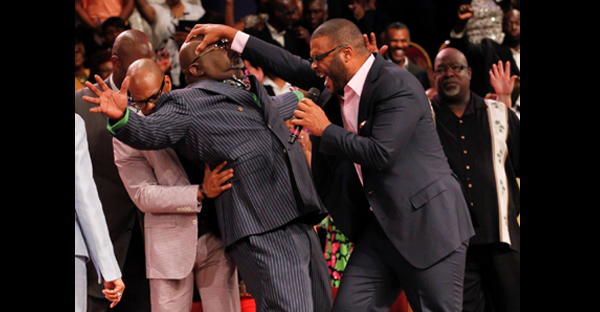 During the Reagan era, and subsequently, Black leaders including clergy has been misled about marijuana legalization.

During the Reagan era, and subsequently, they’ve been told these lies. Dr. Carl Hart

Last week, former President Bill Clinton acknowledged his role in worsening the mass incarceration crisis. In 1994, he signed a bill that included the now infamous “three strikes” provision, mandating life sentences for individuals convicted of a violent felony after two or more prior convictions, including drug crimes.

Many people within marginalized communities, including clergy, were vociferous supporters of Clinton’s misguided actions. However, the role played by these individuals has received far less attention. What’s worse, they are poised to make similar egregious missteps as they continue to ignore the science.

Almost all people who use drugs are responsible individuals. Dr. Carl Hart

Almost all people who use drugs are responsible individuals.

Yet, American drug policy has helped make the US the world leader in incarceration.

In the black community, US drug policy followed slavery and Jim Crow.

Blacks are 3.73 times as likely as whites to be arrested for pot, despite similar usage rates nationwide.

In some places, such as Washington DC, blacks were eight times as likely, a 2013 ACLU report indicated. In November, DC legalized marijuana by a landslide.

Below, I addresses the black community’s concerns with pot legalization, as well as drug warriors who claim to be defending the hood.

Legalization Nation: In California, a frequently cited critic of Proposition 19 in 2010 was a self-appointed Bishop Ron Allen of Sacramento. I saw an echo of that in the Washington DC legalization campaign last year where the face of the local opposition was a young African-American. What’s going on here with the black religious community seeking to perpetuate the incarceration of their own flock?

Hart: It’s just part of them being miseducated and misinformed.

On the one hand, again I sympathize, in that they are trying to figure out what’s going on with black folks and such that we are getting left behind. And drugs has always been an easy tool to focus on and look at as the reason, because you don’t need much sophistication to point to a drug.

You don’t need to even have much critical thinking abilities or skills. And the country has told them that for many years. During the Reagan era, and subsequently, they’ve been told these lies. That’s what High Price [is about]. I’m trying to help dispel some of this mythology — but they just don’t know.

When people are provided with good information they’ll make the change.

LN: It’s been pretty stunning to see former White House drug czar staffer Kevin Sabet try to take the moral high ground, and claim prohibition is about protecting poor communities that already have a disproportionate amount of liquor stores. How does that argument, from him, hit you?

Hart: On a personal level, just not as sort of talking about drugs or anything important, I like Kevin. I think he’s a nice guy, but when it comes to the whole drug thing, he’s disingenuous. That’s just — [sighs].

Simply, if Kevin was concerned about the hood, Kevin [would be giving more than] superficial lip service to over-incarceration.

It’s hard for me to really talk about this, because on the one hand, I like him he and I hang out just talking, but when it comes to these issues of great importance, particularly as it relates to black people, he should shut his mouth.