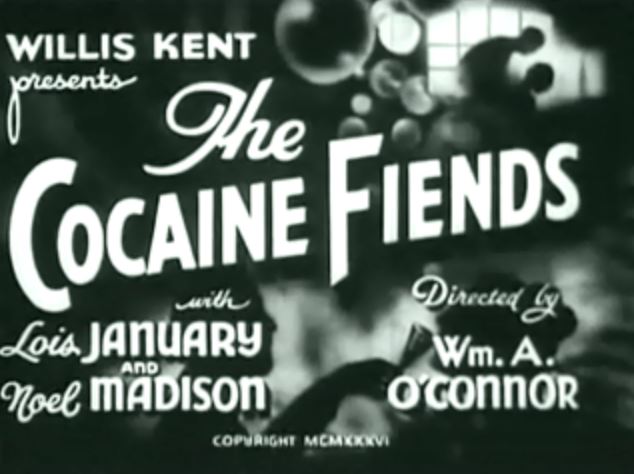 NNegro Cocaine “Fiends” Are a New Southern Menace. That was the headline of an article I came across while doing research for my PhD in 1996. It involved trying to understand the neurobiological and behavioral effects of psychoactive drugs like cocaine and nicotine. So I read everything that seemed relevant.

The provocatively headlined article had appeared in The New York Times on February 8, 1914. I was surprised by the title, although I knew it was once acceptable to print such blatantly racist words in respectable papers. But what really shocked me was how similar it was to modern media coverage of illegal drugs and how, from early on, the racialized discourse on drugs served a larger political purpose.

The author, a distinguished physician, wrote: “[The Negro fiend] imagines that he hears people taunting and abusing him, and this often incites homicidal attacks upon innocent and unsuspecting victims.” And he continued, “the deadly accuracy of the cocaine user has become axiomatic in Southern police circles…. the record of the ‘cocaine nigger’ near Asheville who dropped five men dead in their tracks using only one cartridge for each, offers evidence that is sufficiently convincing.”

Cocaine, in other words, made black men uniquely murderous and better marksmen. But that wasn’t all. It also produced “a resistance to the ‘knock down’ effects of fatal wounds. Bullets fired into vital parts that would drop a sane man in his tracks, fail to check the ‘fiend.’”

Preposterous? Yes, but such reporting was not the exception. Between 1898 and 1914, numerous articles appeared exaggerating the association of heinous crimes and cocaine use by blacks. In some cases, suspicion of cocaine intoxication by blacks was reason enough to justify lynchings. Eventually, it helped influence legislation.

Around this time, Congress was debating whether to pass the Harrison Narcotics Tax Act, one of the country’s first forays into national drug legislation. This unprecedented law sought to tax and regulate the production, importation and distribution of opium and coca products. Proponents of the law saw it as a strategy to improve strained trade relations with China by demonstrating a commitment to controlling the opium trade. Opponents, mostly from Southern states, viewed it as an intrusion into states’ rights and had prevented passage of previous versions.

By 1914, however, the law’s proponents had found an important ally in their quest to get it passed: the mythical “negro cocaine fiend,” which prominent newspapers, physicians and politicians readily exploited. Indeed, at congressional hearings, “experts” testified that “most of the attacks upon white women of the South are the direct result of a cocaine-crazed Negro brain.” When the Harrison Act became law, proponents could thank the South’s fear of blacks for easing its passage.

With this as background, drug policy in the decades following takes on a sharper focus. Although the Harrison Act did not explicitly prohibit the use of opiates or cocaine, enforcement of the new law quickly became increasingly punitive, helping set the stage for passage of the Eighteenth Amendment (alcohol prohibition) in 1919 and, ultimately, all our narcotics policy until 1970. As important, the rhetoric that laced those early conversations about drug use didn’t just evaporate; it continued and evolved, reinventing itself most powerfully in the mythology of crack.

From its earliest appearance in the 1980s, crack cocaine was steeped in a narrative of race and pathology. While powder cocaine came to be regarded as a symbol of luxury and associated with whites, crack was portrayed as producing uniquely addictive, unpredictable and deadly effects and associated with blacks. By this time, of course, references to race in such a context were no longer acceptable. So problems related to crack were described as being prevalent in “poor,” “urban” or “troubled” neighborhoods, “inner cities” and “ghettos,” terms that were codes for “blacks” and other undesired people.

A March 7, 1987, New York Times article, “New violence seen in users of cocaine” offers a potent example. It describes an incident in which “a man apparently using cocaine held four people hostage for 30 hours in an East Harlem apartment.” That cocaine use was never confirmed was minimized; and since East Harlem was almost exclusively black and Latino, there was no need to mention the suspect’s race. The message was clear: crack makes poor people of color crazy and violent.

Over the next few years, a barrage of similar articles connected crack and its associated problems with black people. Entire specialty police units were deployed to “troubled neighborhoods,” making excessive arrests and subjecting the targeted communities to dehumanizing treatment. Along the way, complex economic and social forces were reduced to criminal justice problems; resources were directed toward law enforcement rather than neighborhoods’ real needs, such as job creation.

In 1986, Congress passed the infamous Anti-Drug Abuse Act, setting penalties that were 100 times harsher for crack than for powder cocaine convictions. We now know that an astonishing 85 percent of those sentenced for crack cocaine offenses were black, even though the majority of users of the drug were, and are, white. We also know that the effects of crack were greatly exaggerated; crack is no more harmful than powder cocaine. On August 3, 2010, President Obama signed legislation that reduced the sentencing disparity between crack and powder cocaine from 100:1 to 18:1. This is an important step, but any sentencing disparity in this case makes no sense.

Black males are no longer lynched for violating drug laws, but they are killed. (Ramarley Graham, the unarmed Bronx teen who was chased into his bathroom and shot because police officers believed he had drugs, is just one recent example.) More common is the insidious damage inflicted on black men by the selective enforcement of drug laws. Arrested, incarcerated and placed under criminal justice supervision, they wind up marginalized and deprived of an education. Incredibly, one in three black boys born today will spend time in prison if this country doesn’t alter its current approach.

One hundred years after the myth of the “Negro cocaine fiend” helped sell the Harrison Act to Congress, its legacy lives on. Yet we no longer have the excuse of ignorance for indulging these kinds of wild fictions. It is long past time to ensure that our drug policies reflect reality and morality, not racism.

reposted from: The Nation