Dr. Hart is a neuroscientist who specializes in how humans respond to psychoactive drugs. 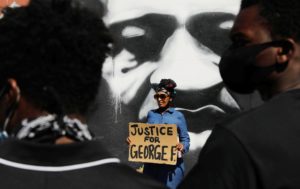 My heart sank when I read the prosecutors’ criminal complaint against Derek Chauvin, the former Minneapolis police officer who is charged with killing George Floyd. It suggests that drugs were one factor contributing to his death.

Not again, I thought. I have seen the “drug-crazed Negro” script trotted out too many times when a police officer kills a black person.

And it could happen again in the Floyd case. In fact, it already is. Representative Mo Brooks of Alabama wrote on Twitter that Democrats are deifying a “druggie” and “thug” for political gain.

The argument that drugs were responsible for Mr. Floyd’s death could well be employed by Mr. Chauvin’s lawyers and supporters. But it doesn’t hold up. My analysis of Mr. Floyd’s toxicology report is that drugs could not have contributed to his death. Nor could they have made him “crazed.” In other words, drugs didn’t make him act so violently that lethal force was necessary nor did it cause some fatal medical condition.

Take this moment to support our journalists.
24 hours only: Subscribe for $1 a week.
Nor would marijuana use have stoked violence. Its primary effects are relaxation, sedation, euphoria and increased hunger. In some cases, it’s true, very high THC concentrations can cause mild paranoia, and visual and auditory distortions, but even these effects are rare and usually seen only in marijuana novices.

He also had 11 nanograms of fentanyl in his blood. That number, in and of itself, doesn’t tell us much. Immediately after a person dies, the blood concentration of fentanyl increases significantly, so knowing only the post-mortem amount does not tell us about Mr. Floyd’s level of intoxication before his death.

What’s more, the same amount of fentanyl that produces euphoria in a tolerant user can result in an overdose in a newer user. That’s why, along with the toxicology report, we have to look at Mr. Floyd’s behavior shortly before his death.

Videos show Mr. Floyd behaving rationally and appropriately, considering the circumstances. When officers asked him to get out of his car, he did not seem drowsy or lethargic, which is how people high on opioids behave.

Instead, video clearly shows Mr. Chauvin pressing his knee into Mr. Floyd’s neck as he yelled out, “I can’t breathe” until he became unresponsive, while two other officers helped pin him down by applying pressure to his back.

But can medical reports counter embedded racist mythology? The trope of the drug-crazed Negro is old and durable. A hundred years ago, people believed that cocaine made black men homicidal, exceptional marksmen, and impervious to some bullets. Southern police departments in the early 20th century even reportedly switched to larger guns to fight the mythical cocaine-using violent black predator.

With each successive generation, the racist myth morphs to accommodate current events: Maybe Mr. Floyd was aggressive and paranoid from using marijuana or methamphetamine; maybe if he hadn’t taken drugs, he’d be alive today.

These same arguments were put forth when the police killed Michael Brown, Laquan McDonald, Philando Castile and Terence Crutcher. In each of these cases, however, the toxicology findings, and the behavior of these men during the incidents, indicate to me that the drug levels could not have contributed to the deaths.

There was a time when we had virtually no scientific data on drugs. This allowed racists and others to exaggerate drug effects in the name of subjugating black people. Now, we do have data — and yet, the scarecrow of the drug-crazed Negro persists.

We must not indulge it any longer. This legend is built on the dead and incarcerated bodies of countless black men. It has robbed too many Americans of justice, and indeed, of their lives.

Carl L. Hart (@drcarlhart) is a professor of psychology and psychiatry at Columbia and the author of the forthcoming “Drug Use for Grown-ups: Chasing Liberty in the Land of Fear.”

1 thought on “We Know How George Floyd Died. It Wasn’t From Drugs.”